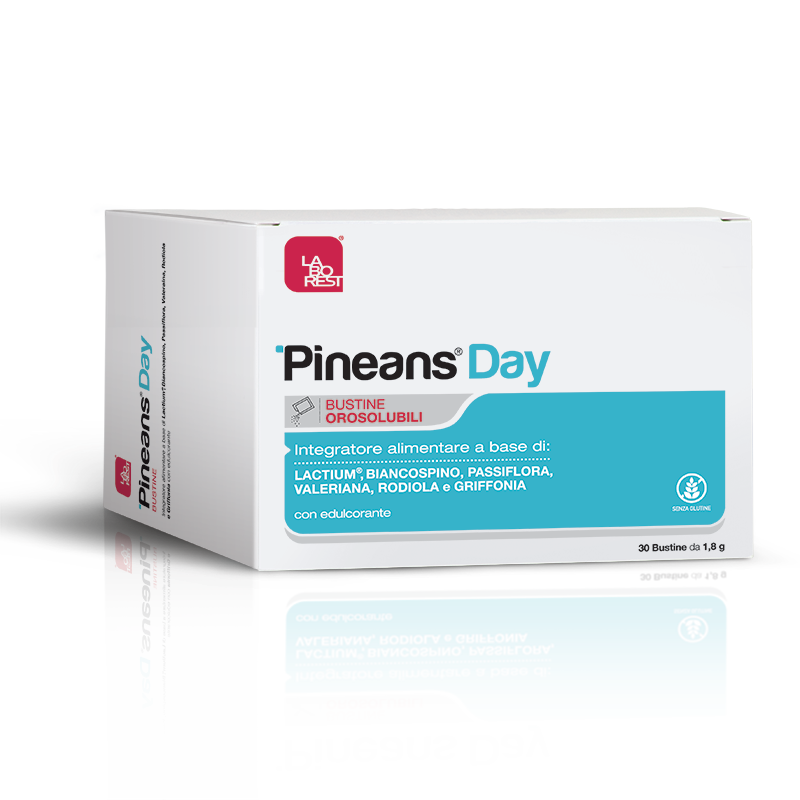 Stress at work, exams, accidents or family situations might affect our emotional balance. Thanks to its plant extracts, Pineans® Day can be used to promote relaxation and mental wellbeing.

Lactium® contains α-casozepine, namely an active decapeptide that derives from milk proteins, typically produced by the baby during breastfeeding, which, according to current studies, causes the feeling of relaxation that is classical in babies after drinking milk. After weaning, it appears that we lose the ability to synthesize this decapeptide.
Hawthorn, Passionflower, Valerian and Griffonia promote relaxation. The extracts of these plants are well-known remedies used in herbal tradition to cope with agitation in general.
Griffonia is also useful to maintain a normal mood by favouring mental wellbeing.
Rhodiola, also known as arctic root, is an adaptogenic tonic that is useful in case of physical and mental tiredness and to maintain normal mood.

Take 1 sachet of PINEANS® DAY a day, preferably in the morning on an empty stomach. The contents of the sachet are orally dissolving: this formulation means that the product can be easily and practically taken, even without water. Pour the sachet directly into your mouth or dissolve its contents in a little water.
PINEANS® DAY can be taken also by people who are gluten intolerant or sensitive.

No cases of addiction have been reported in connection with product usage. The product does not cause daytime drowsiness.
Contains milk derivatives. 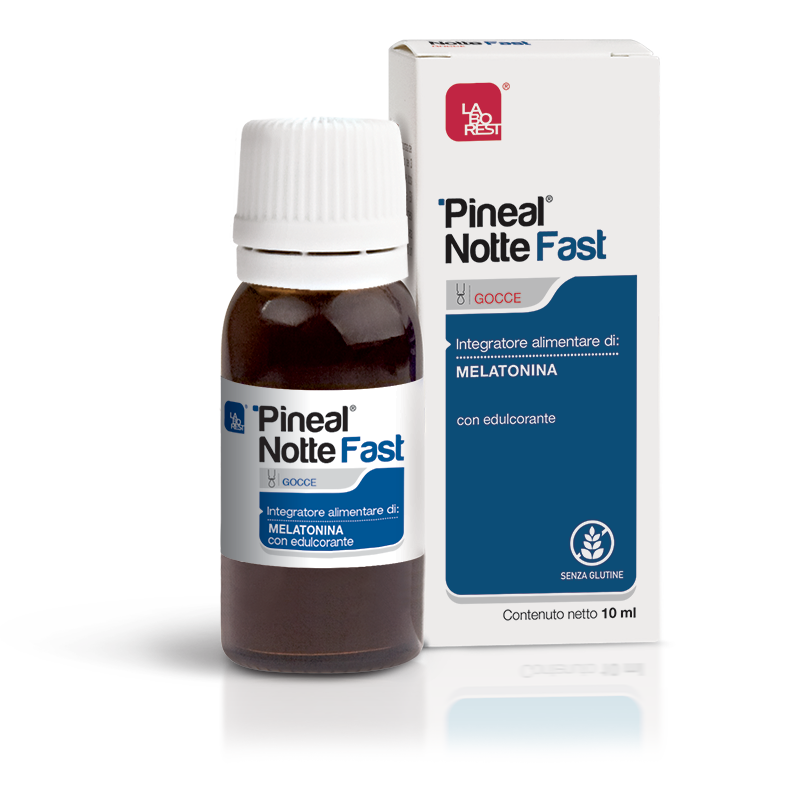 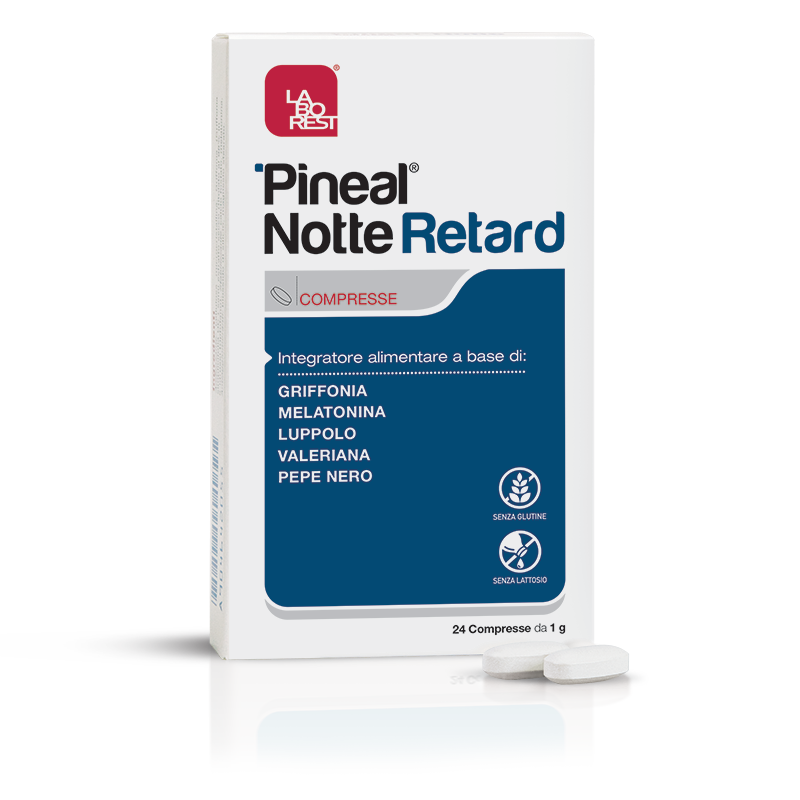 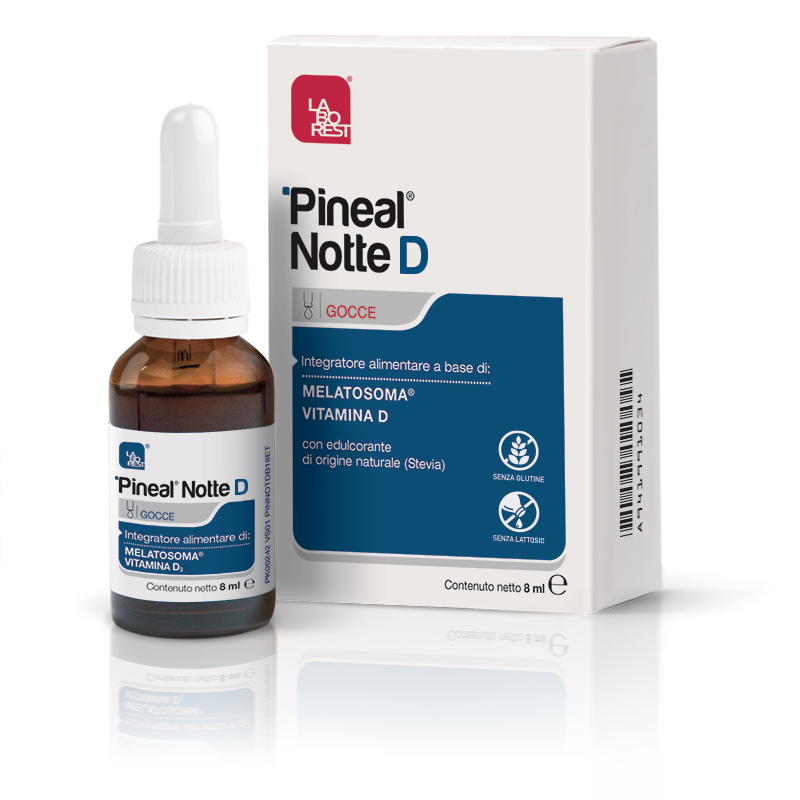 Our expert can answer it!

Ask our expert for an opinion

Discover the importance of taking food supplements/nutraceuticals on a regular basis. App 33 is an application that can be downloaded on your mobile phone, designed specifically for your wellbeing.

Download it for iOS and Android
Close
Back to top